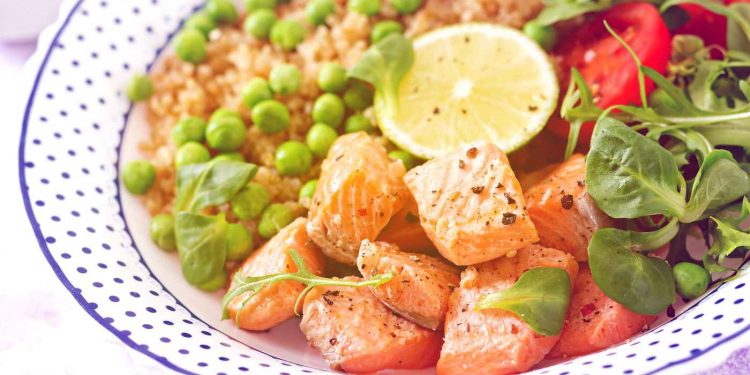 It’s unclear who first uttered the words “you are what you eat,” but whoever did it was one smart cookie. The food you eat has a significant impact on your health and even your longevity. How do we know this? Because studies show that populations with naturally healthy diets have a lower incidence of diseases and premature deaths than those that eat unhealthily.

One such example is the Mediterranean diet, which is based on the foods and recipes found countries like Greece, Italy, and Spain. Keep reading to discover all the ins and outs of this diet, including Mediterranean diet macros.

Research suggests that people living in the Mediterranean region have less heart disease and diabetes, lower cholesterol, and live longer, healthier lives than other populations. However, this is more than just a diet. There is also a big emphasis on preparing food from scratch and taking time to enjoy eating – preferably with family or friends. This social interaction, often a big part of living in the Mediterranean region, is thought to be one of the reasons that this diet is not only good for your health but is also good for your brain too.

What is the Mediterranean diet?

Most diets are designed to achieve a specific outcome – usually weight loss. The Mediterranean diet is different in that it is based on the healthy eating habits of an entire population. Without planning it, the residents of the Mediterranean region discovered a way to eat that was good for their health, and it has since been adopted all around the world.

However, regional variations aside, the standard accepted model for the Mediterranean diet is as follows:

Foods that should be eaten in abundance

Foods that should be eaten occasionally or in small quantities

Foods that should be eaten very rarely, if at all 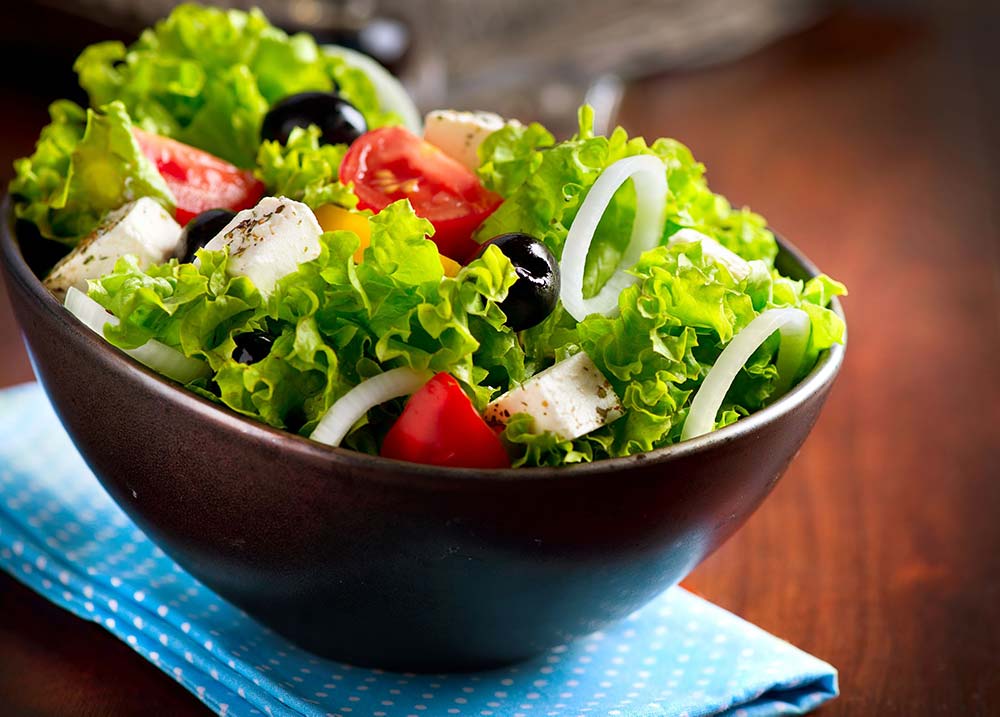 As the Mediterranean diet is not a diet with a whole lot of strict guidelines to follow, it’s hard to identify exact macronutrient ratios. After all, in the 1940s and 1950s, the people of the Mediterranean region just ate the food that was produced locally and with no real thought of losing weight, improving health, or fueling performance. They ate the food they had – period.

While it may be tempting to see a lack of macro recommendations as a drawback, it doesn’t have to be. Instead, it means that it’s up to the dieter to adapt the Mediterranean diet to his or her individual needs. If you want to cut carbs, you are free to do so. If you’d prefer a lower-fat diet, you can do that too. Modifying the Mediterranean diet macro ratios is as simple as using a food tracking app and then adjusting your meals accordingly.

What are the Pros of the Mediterranean diet?

Filling – the Mediterranean diet is built around low-calorie but high-fiber foods as well as healthy fats and moderate amounts of protein. This combination of ingredients is very satiating and also helps keep your blood glucose levels stable.

Variety – because the Mediterranean diet contains influences from several countries, it’s a varied and enjoyable diet to follow. While Greek, Italian, and Spanish cuisines share a few similarities, they also have many differences. This means you should have no problem finding lots of tasty but healthy meals to enjoy.

Highly nutritious – with its emphasis on natural foods and home cooking, the Mediterranean diet is very nutrient dense. Brightly-colored vegetables are naturally high in vitamins and minerals, and fruits and whole grains are equally nutritious. The Mediterranean diet may be a little low in protein for some people, especially hardcore exercisers, but that is easily remedied by adding a few eggs, grilled chicken, or extra fish to the meals.

Health benefits – the Mediterranean diet is the diet that most doctors recommend for health. The high nutrient density combined with the low intake of saturated fat, salt, and sugar means that it’s especially healthy. It is also associated with a lower risk of heart disease, diabetes, and cancer.

What are the Cons of the Mediterranean diet?

As good as the Mediterranean diet can be for your health, it is not without a few drawbacks. However, in most cases, these are not deal breakers and can often be worked around.

Lack of clear rules – the Mediterranean diet is very much open to interpretation. If you prefer more guidance as to what to eat and when, this diet may not be for you. However, there are Mediterranean-inspired diets that are much more prescriptive.

Not necessarily convenient – with the Mediterranean diet, you are expected to make much of your food from scratch using fresh, locally grown ingredients. That’s fine if you live in a rural area or are near a farm and have plenty of time on your hands. However, that may not be practical if you have to rely on what’s available in your supermarket and don’t have a great deal of time for cooking.

While you might not be able to follow the Mediterranean diet all the time, you should have no problem eating big, healthy salads for lunch and dinner, and snacking things like nuts, seeds, and natural yogurt. Think of this as being the part-time Mediterranean diet.

You don’t like olive oil or olives – olives and olive oil are mainstays of the Mediterranean diet. Olive oil is used for cooking and as a dressing, and olives are frequently included in a variety of dishes, made into a paste called tapenade, added to salads, or used as a snack. If you don’t like olives or olive oil, you may find many Mediterranean diet-inspired recipes unappetizing.

You may overeat certain starchy carbs and gain weight – foods like potatoes, pasta, rice, and bread are often included in the Mediterranean diet. These foods are high in calories, not especially filling, and are easy to overeat. If you struggle with portion control, you may find that you end up gaining weight on the Mediterranean diet simply because you cannot say no to pasta and potatoes.

Is the Mediterranean diet good for weight loss?

The Mediterranean diet is not a weight loss diet. There are no specific recommendations regarding how many calories you should eat or what macro ratios you should adopt if weight loss is your goal.

However, before you discard the Mediterranean diet, understand that it would be very easy to lose weight while eating like a resident of the Mediterranean region. Simply reduce your intake of starchy carbs, go easy on the added fats, and keep an eye on portion size and you can create your very own weight loss version of the Mediterranean diet. Use a nutrition app to track your calorie intake and reduce how many calories eat until you are losing weight.

Is there a low-carb version of the Mediterranean diet?

Low-carb and keto diets are very popular because they provide an easy and effective way to lose weight fast. The Atkins diet is arguably the most well-known low carb diet, but there are several others that are equally effective. With low-carb diets, your carb intake is usually limited to between 50-100 grams per day. With the keto diet, your carb intake should be about 20-30 grams per day.

There is no official low carb Mediterranean diet, but that doesn’t mean you cannot create one by eliminating foods like bread, rice, pasta, and potatoes from your meals and replacing them with more non-starchy vegetables. Many Mediterranean recipes include carbs as a side dish so, again, they are easy to avoid if you want to adopt a low carb version of the diet.

With no rules to follow, it really is up to you how you interpret the Mediterranean diet, but if you would prefer to adopt a low-carb version, there is no reason not to do so.

The Mediterranean diet is a nutritional oddity in that it is not a structured eating plan. Instead, it is open to a lot of interpretation, and that means, for some people, it can be confusing. With so few guidelines, it’s not always easy to know what to eat.

Rather than get caught up in this lack of structure, think of the Mediterranean diet as a lifestyle choice rather than a diet to follow for a few weeks or months. Don’t get tied up counting your tomato carbs or grams of olive oil fats. Instead, focus on creating simple but tasty meals using ingredients naturally available to residents of the Mediterranean region in the 1940s and 1950s.

The Mediterranean diet is frequently found at the top of lists of the best diets. It’s also the diet your doctor is most likely to recommend for your health, weight, and longevity. As an added bonus, meals made according to the Mediterranean diet are as tasty as they are good for you. 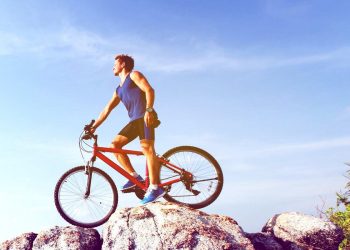 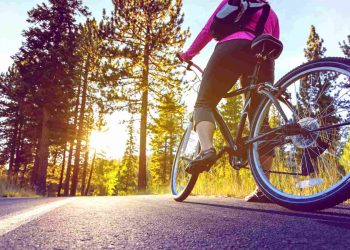 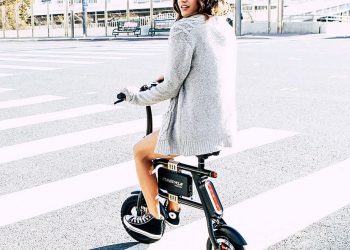 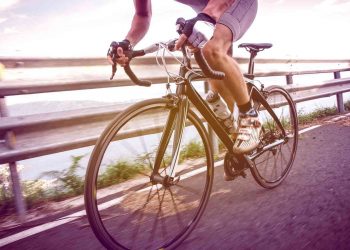 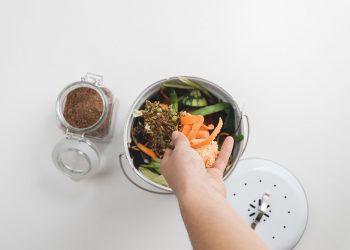 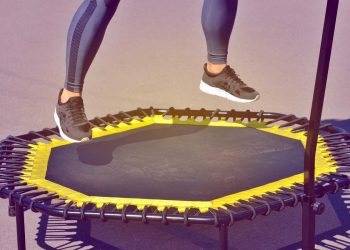